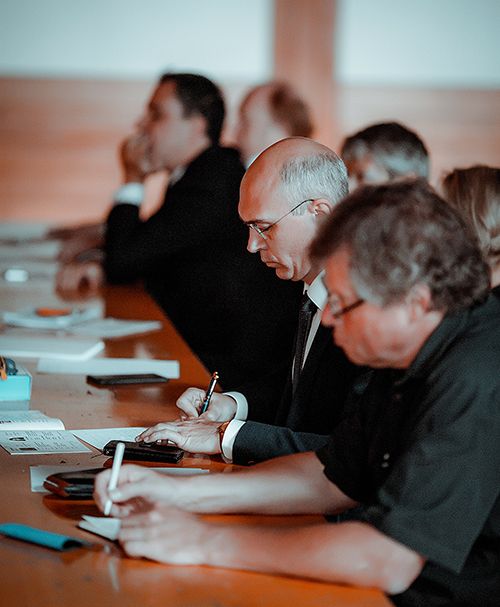 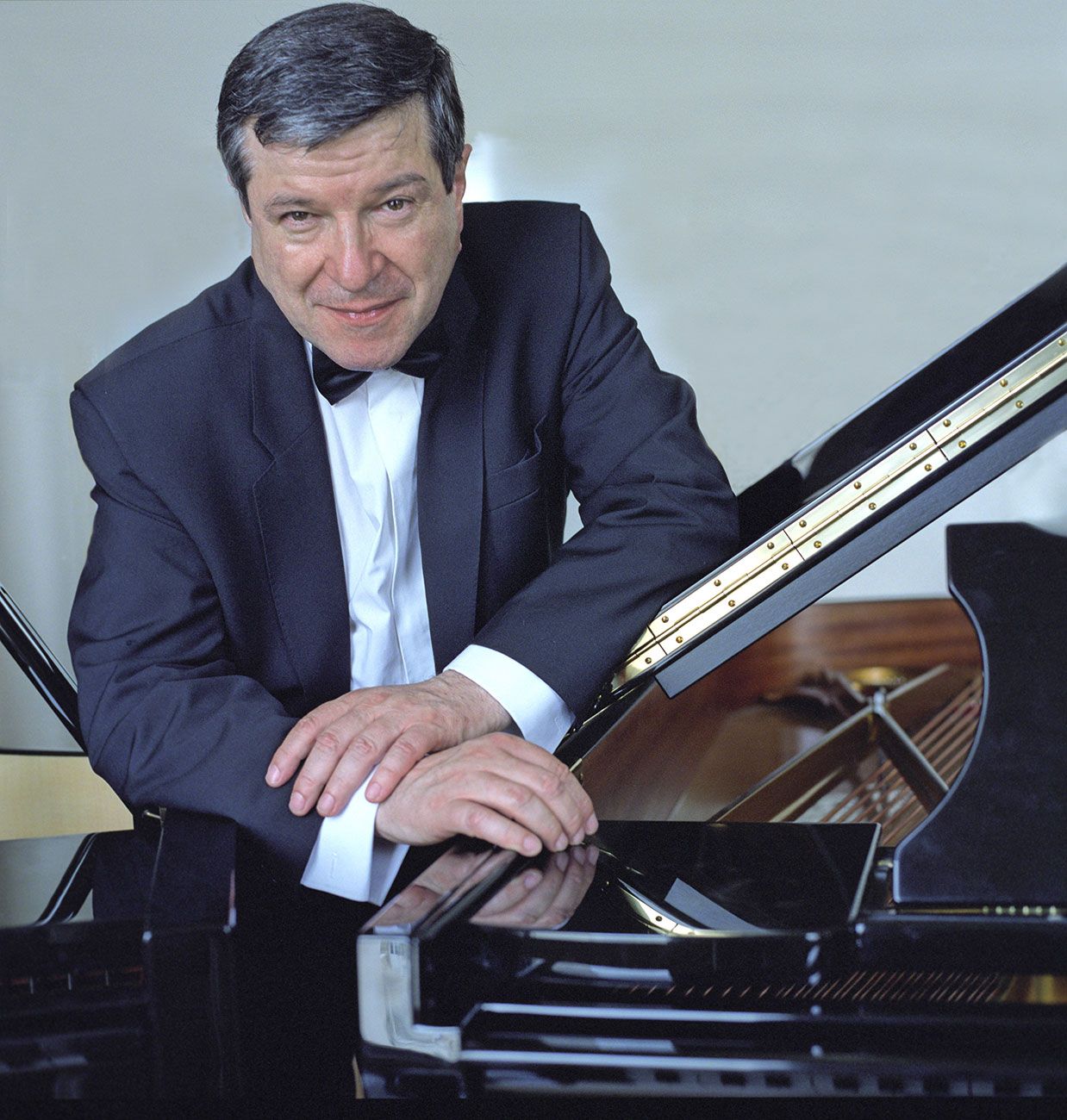 Marseille 1954 : in my home town, Wilhelm Kempf definitely showed the way with his magic sound in Beethoven piano concerti No 4th and 5th.

Came competition time, ponctuated by some International Prizes (Maria Canals and Viotti 1967, Marguerite Long 1971, UE radio competition 1975), and creation in 1970 of Rouvier-Kantorow-Muller trio who gave concerts for 35 years all over the world.

Recordings of complete Ravel piano music (Calliope) and sonatas for violin and piano by Debussy and Ravel with JJ Kantorow (Erato) won the « Grand Prix du Disque », with a large discography including a complete Debussy (Denon).

David Fray, like Arkadi Volodos and Helene Grimaud, among the most famous, crossed my teaching way in Paris CNSM, where I teached piano for 33 years.

After 10 years as guest professor in Berlin UDK, I am now teaching in Salzburg Mozarteum since 2012 and Musica Mundi Belgium since 2018. 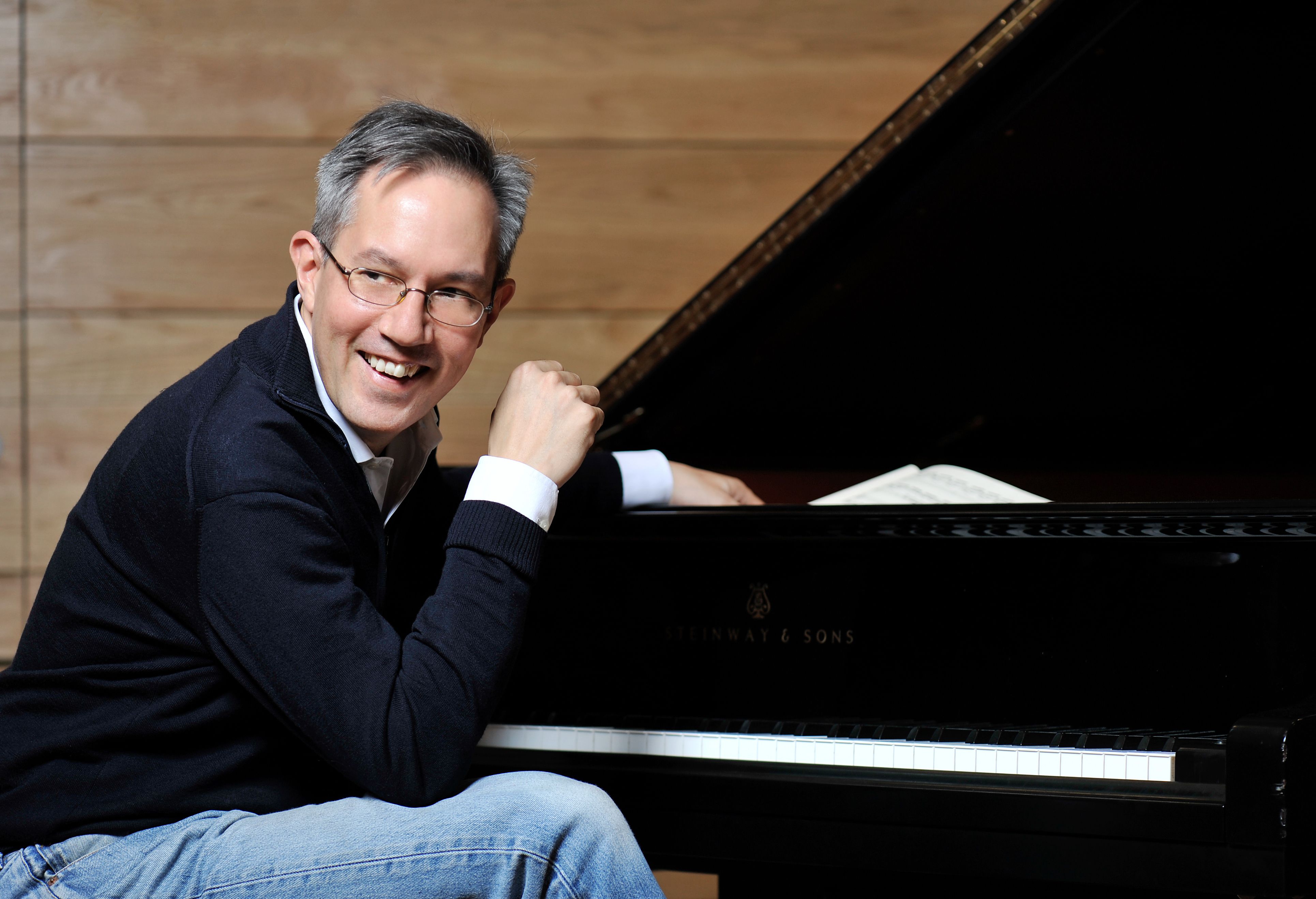 William’s international career was launched in 1984 when he won the first prize, gold medal and Rosa Sabater prize at the Concurso Internacional de Piano in Jaén, Spain. His concerto début at St. John's Smith Square with the Philharmonia Orchestra followed soon after.  He subsequently added successes in the Busoni, Cleveland, Iturbi, and Scottish International Competitions.

Performances in New York, Moscow and St Petersburg (under the auspices of the Sviatoslav Richter Foundation), and in Europe have drawn critical acclaim and enthusiastic audiences. Invited to China, supported by Arts Council England, William has performed and given master classes in Shanghai. He has also performed in Australia at the invitation of the Chair of the Australian Piano Pedagogy Conference and was the keynote speaker, giving a recital and master classes, at the Institute of Registered Music Teachers of New Zealand conference in Auckland.

William maintains a busy schedule of recitals, master classes, teaching and lecturing both in the UK and abroad, as well as regular commitments to some of the finest international piano summer schools.

A musician of wide interests, William has performed with ensembles such as the Brodsky Quartet and members of Guildhall Strings. He has also collaborated with singers Steve Davislim and James Rutherford and has recorded some fascinating and little known repertoire in the chamber music field. His concerts have been broadcast on television and on radio in Europe and the US. William has performed at all of London's major venues.  His concerts have been broadcast on BBC Radio 3, Classic FM, and BBC television.

A distinguished teacher, William is in demand for master classes and adjudication in the UK and overseas. He is a Professor at the Royal Academy of Music www.ram.ac.uk and Head of Keyboard at the Purcell School for Young Musicians www.purcell-school.org - one of Europe's leading specialist schools for talented young musicians, visiting professor at the Royal Conservatoire of Scotland and Artistic Director of “Piano Star” – an educational project and festival for young pianists in Romania. 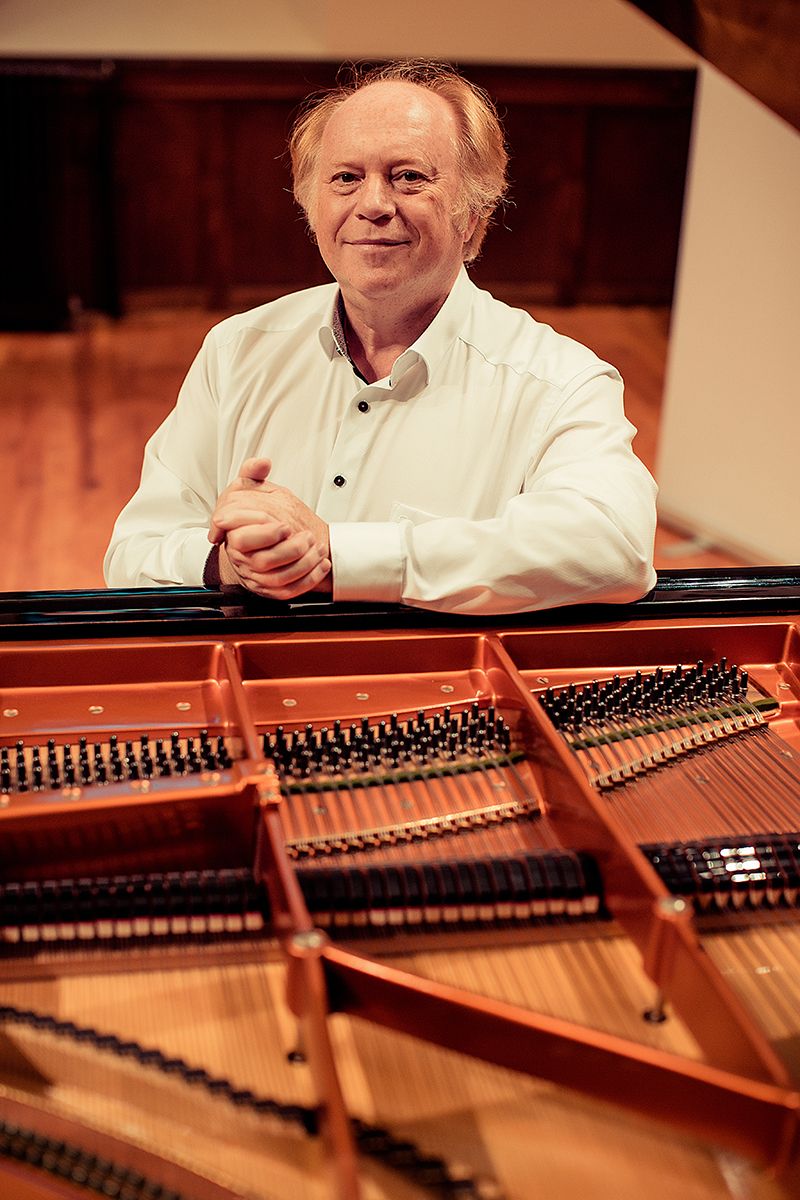 Ilja Scheps completed his studies at the Moscow  "P. I. Tschaikowsky" Conservatory under Prof. Lev Vlassenko and Prof. Evgenij Schenderowitch.

From 1982 to 1992 I. Scheps was soloist of the Moscow Philharmonic Society. He gave concerts with orchestras and solo recitals and also appearing as accompanist of renowned singers and instrumentalists there. This resulted in his acquiring a large repertoire, including works by Bach, Mozart, Beethoven, Chopin, Debussy, Skrjabin, Prokofjeff and Tschaikowsky, as well those by Schnittke, Silvestrov and Denisov.

At the same time I. Scheps taught at the Moscow “P. I. Tschaikowsky” Conservatory.

From 1992 I. Scheps lives in Germany. Besides his performing in many countries round of the world he is an enthusiastic pedagogue.  Many years I. Scheps was a professor at the Rostock Music University and at the Darmstadt Music Academy.

Now he is a professor of the Musikhochschule in Cologne/Aachen (Cologne Music University).  Students of Prof. Scheps are winner of important international piano competitions so as exclusive artists of “Sony” and “Universal” Records.

I. Scheps also conducts workshops and master classes at the international music academies and as a visiting professor in many universities all over the world and since 2017 Professor of Music Academy in Brescia (Italy).

Alberto Firrincieli is an Italian pianist, harpsichord player, composer and scholar. Winner of the second prize in the International Contest “SIMM 2018 – New Music for Harpsichord”, he made his debut at Carnegie Hall in 2019, performing a Frescobaldi Toccata. He devotes himself to performance, composition, pedagogy and research.

He is currently Assistant Professor in the Department of Music Entrepreneurship at Assumption University of Thailand, where he teaches major courses in Piano, Composition and Harpsichord. He is the Artistic Director of IKA – International Keyboard Academy and founder of Bangkok International Piano Festival.

Starting from an historical approach, in his intensive piano teaching he reintroduced the study of classical improvisation, composition and counterpoint alongside the study of traditional piano repertoire. At an academic level he also opened for the first time in Thailand courses about piano improvisation in classical style.

His repertoire ranges from baroque to modern music. He has performed many recitals as soloist and with orchestra for renowned institutions in Europe and Asia; he is a member of different ensembles and chamber music groups. Regularly, he plays basso continuo on harpsichord and organ. He also dedicates himself to modern composition using computers and audio technologies. With his colleague Mario Tonda, he recorded CDs for TACTUS and Da Vinci Classics, performing the whole Italian repertoire for four-hands harpsichord, as well as Mozart four-hands keyboard sonatas.
He published several academic articles, and over 10 book including the Opera Omnia of the Italian composers Ferronati and Marino. 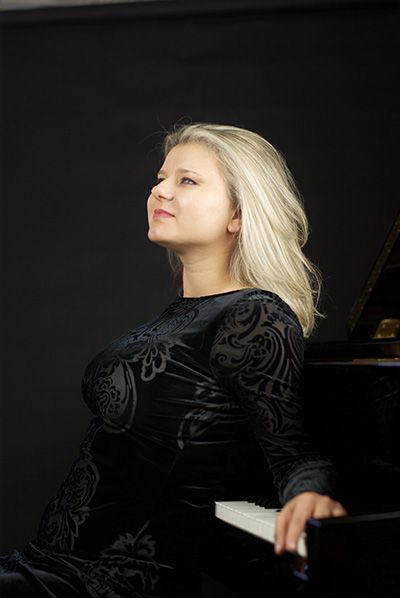 Russian music is a constant feature of the work of this pianist who started to play piano at the age four. Later she studied piano at the St. Petersbourg Conservatory with Marina Wolf and Pavel Egorov in the best tradition of the Russian piano school. After graduating with distinction in Russia, she went on to study in Switzerland, with Marc Pantillon in Neuchatel and Thomas Larcher at the Basel Conservatory. After receiving her soloist diploma from the Basel Academy, the recording of her final recital of Rachmaninoff’s Études-Tableaux was bought and produced by Sony BMG. She is a laureate of national and international piano competitions in Switzerland, Italy, France and Spain. Her fascination for contemporary music led her to work with musicians such as Pierre Boulez, Harrison Birtwistle, Heinz Holliger, Otto Zikan, Kasper de Roo (Windkraft Tirol), Matthias Pintscher and many others. Currently, Ms. Avdeeva is active as a concert pianist, 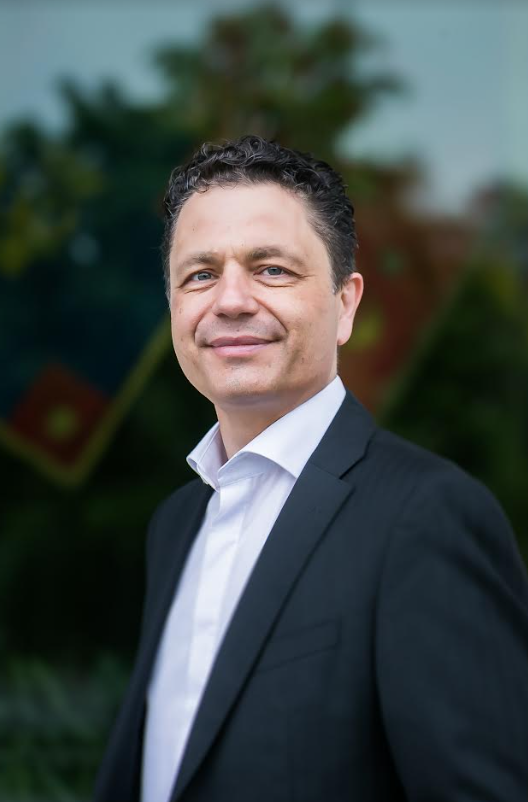 Justas already flourished into a skilful performer with his own musical identity at the age of eleven when he represented his country at the "Virtuosi per Musica di Pianoforte" International Piano Competition in Czechoslovakia. From this event Justas returned home as triumphant Laureate.

Justas Dvarionas is Associated Professor at the Vytautas Magnus University Music Academy and is Visiting Piano Teacher at The Purcell School in London. He has also held many Master Classes of his own in Germany, Poland, Norway, France, Russia, Japan, Australia, Italy, Peru, Great Britain, Lithuania and numerous other countries. Many of his students have been awarded major prizes at prestigious piano competitions.

These days Justas teaches and plays concerts in Lithuania and abroad, is very active in countries and international cultural and musical life. His last engagements include concerts, teaching and jury activities in Europe, Asia, Australia, North and South America. 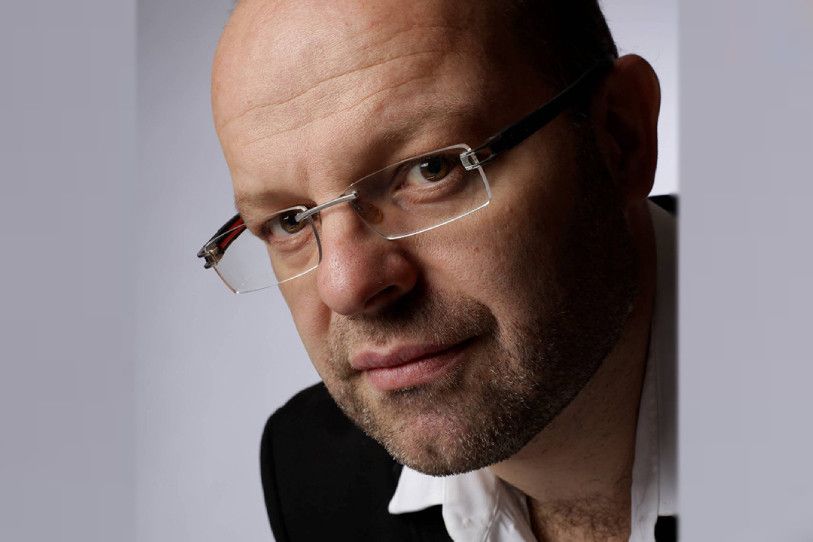 After obtaining a professional piano diploma and a trumpet virtuosity diploma at the Neuchâtel Conservatory at the age of 19, Nicolas Farine continued his training at the Université de Montréal. Until obtaining the doctorate in music in the soloist class for the piano with Marc Durand, he studied his art in several aspects: the solo piano but also musicology and conducting.

This email address is being protected from spambots. You need JavaScript enabled to view it.